‘Away’ and its message fit in perfectly with the times 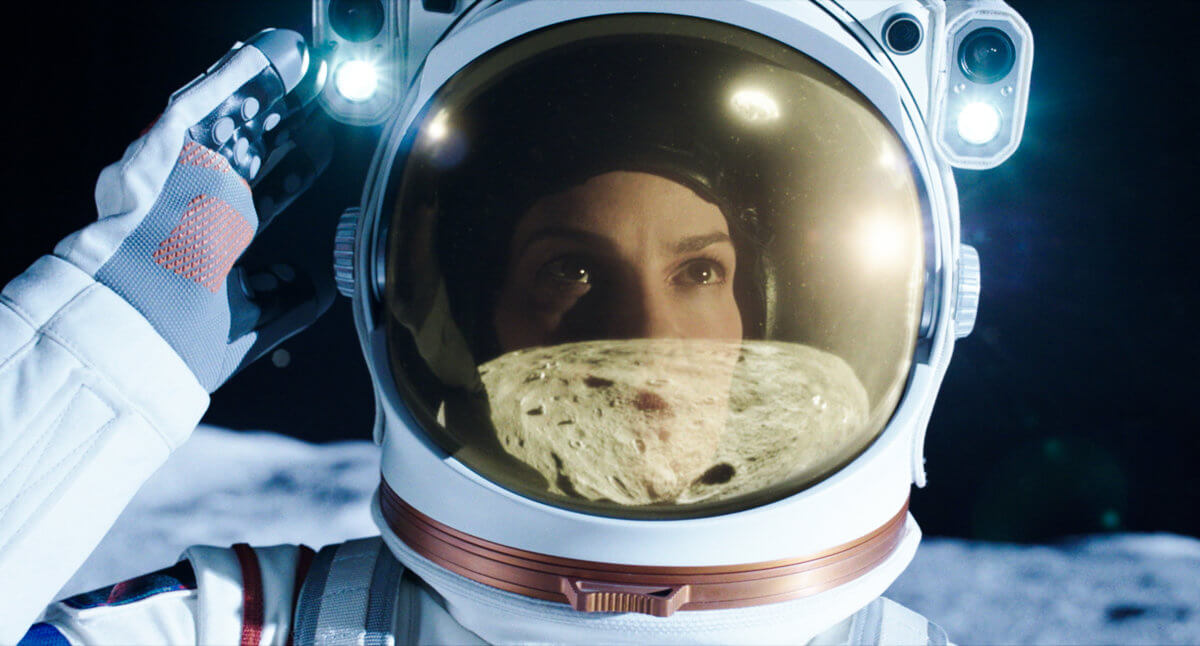 Hilary Swank in ‘Away’
Courtesy of Netflix

Being away from one’s family is certainly a sentiment we can all relate to at this time, and even before the pandemic hit, that notion was explored in the new Netflix series starring Hilary Swank, “Away.” The new 10-part series from director Jason Katims and show runner Jessica Goldberg based on the an ‘E​squire’ a​rticle about space by ​Chris Jones follows a group of astronauts on a mission. Instead of the usual epic action type piece surrounding what lies beyond the boundaries of earth, “Away” instead focuses more on what pressures are put on the astronauts who complete these missions, specifically when having to leave their loved ones behind.

Hilary Swank plays Emma Green who, at the beginning of the series makes the decision to go on the lengthy mission and leave her husband and daughter on earth during what seem to be pivotal moments. It’s this exact ideology that drew Jessica Goldberg in after reading the script. As a single working mother herself, the struggle and the rewards are what most people don’t really get to see when a woman at work is typically portrayed. On a larger scale though, the different astronauts on the missions all hail from different parts of the world, and the show’s message of unity has never been as prevalent as it is now.

Goldberg sat down with Metro to discuss more on what went into making “Away.”

Initially, what was it that drew you in and made you want to sign on for this project?

I would say off the bat there were two things that made me think, wow this is something I want to work on. First, I saw in the script a dream of what if the world came together and worked on something? What could happen with exploration and discovery and science? I thought that was a really powerful point of view to just live in for a year. Then, just personally for me, I am a single mom of a daughter who’s 13, and I felt like I had never really seen a working mom articulated in this way where she loves her work and she’s so good at her job and she loves her family and that sort of push and pull was so emotional to me. I thought, I really have a lot to say there.

Why do you think a working mom hasn’t been portrayed in that way before?

It’s so interesting, I feel like a lot of the time working women are wearing suits or they have no vulnerability or they’re these messes that have to run and pump their breasts in the bathroom. But the truth is I think it works more like that. We have to miss certain things, but I also think the love for her job and the support from her family for her work [helps.] It wasn’t like going home and arguing and saying you’re putting work before your family, I think that’s very wrong. Right now, families do support each other working and loving their work and at the same time try to give as much as they can to their family.

Why Hilary Swank for the role, was she someone you had in mind from the start?

Right away, she was one of the first people I thought of. I felt like this show was so important and I wanted to believe that this woman could really be an astronaut. I’ve met many female astronauts now, and the mental strength, the physical strength, the brains it takes to be an astronaut—I’ve watched Hilary with movies like ‘Boys Don’t Cry’ and ‘Million Dollar Baby’ and I knew that she was a woman who you could believe could get to space.

I saw that it was important to have consultants on the show to have everything feel authentic and you even had the actors go through boot camp. Why was that important?

For me, I don’t see this as a SyFy show, I see it as like this is what could potentially happen on a mission to Mars. Things that happen in the show are things that have really happened. Of course, the farther they get away from Earth, no one’s really been that far so you have more liberties the farther away you get, but we really did want to tell the tale as if this was the real mission to Mars. We used people at NASA, JPL, Johnson Space Center and astronaut consultants and we tried to really tell that story.

I saw there was a lot of work with wires specifically as well, can you tell me a little more about how that was?

Basically, a week before we started, all the actors came up to learn to work on the wires because that’s how you get the sense that there’s zero gravity. As I’ve learned, you have to have an incredibly strong core so any pilates you do up until then is very useful for the astronauts. We realized we couldn’t shoot the whole show that way, It was just way too time consuming. We added gravity in the crew quarters, but for the most part they’re on wires.

Do you think having that intense physical element helped heighten the emotion of the show?

You know, it’s so interesting because one of the things we were worried about is how do you do really emotional scenes on wires? Is it possible? So, a lot of the times we are actually shooting from the chest up and the actors sort of leaned forward to give the idea that they’re floating or there are different teeter boards to give that illusion because actually it’s very difficult to project that kind of emotion while hanging on a wire.

Were there any scenes or moments from the show that you were really excited to see come to fruition on screen specifically?

In Episode 2 that I was lucky to write, Hilary does this spacewalk and there’s a solar panel in the ship that doesn’t deploy properly. I have to tell you, the hours of work that went into making that spacewalk look as sort of awesome as it does, there was collaboration from so many different departments: Production designers, stunts, special effects, and that was really thrilling to see and see that it really works. Just also, personally, we finished shooting this show in late February and then we ended up editing it during COVID. It was bizarre to start watching this show with the world changing like that and [to] see all of these people that are separated from people they love and they’re talking on computers and talking on iPads. So that was a really poignant experience, how much more resonant that idea of being away became.

Overall what do you hope audiences take away from the show? Especially since the theme of having to be away from loved ones is so prevalent right now.

Well, I think this moment is so painful. We’re a broken world and most astronauts say they’ve had an experience from space where they said they’ve looked at earth and suddenly the lines disappear and the divisions between countries disappear and suddenly it’s just one blue earth they’re looking at. I find that such an emotional concept in this moment, this idea of like what if we could become more united? What if we could work together? What if for a moment we had humility about the earth and this planet that we all share? That sounds lofty but I feel like there’s a kernel of that dream in this show.

‘Away’ drops on Netflix September 4th