Gunfire erupted just after 9 p.m. Monday on the 2500 block of S. Millick Street in Southwest Philadelphia. Police said a 23-year-old man who was shot in the chest was rushed to Penn Presbyterian Medical Center in extremely critical condition.

The other victim, a 21-year-old man, was struck in the right shoulder and is expected to physically recover, according to authorities.

About an hour earlier, in Germantown, two men were shot while sitting in front of a property on the 4900 block of Wayne Avenue, investigators said.

An 18-year-old man sustained gunshot wounds to his pelvis, hand and buttocks, and a 25-year-old man was shot in the chest, arm and buttocks. Both were listed in critical condition at Einstein Medical Center but are expected to survive, police said.

On Tuesday, just before 3:30 p.m., a man was shot in the leg on the 2300 block of W. Norris Street in North Philadelphia, police said. The victim, whose age was not provided, was expected to be treated at Temple University Hospital and released.

Someone shot a 24-year-old man in the right arm just before 9:45 p.m. Monday on the 2600 block of N. Broad Street in North Philadelphia, authorities said. His injuries are not considered life-threatening.

Police said a 35-year-old man was stabbed in the abdomen at around 4 a.m. Tuesday inside an apartment on the 4900 block of Walnut Street in West Philadelphia. He was later hospitalized in stable condition.

Officers made an arrest and recovered a weapon, but no further information was released.

In Kensington, someone stabbed a 43-year-old man in the back just after 1 a.m. Tuesday inside a property on the 3000 block of Kensington Avenue, authorities said. He is also in stable condition. No arrests have been made in the case. 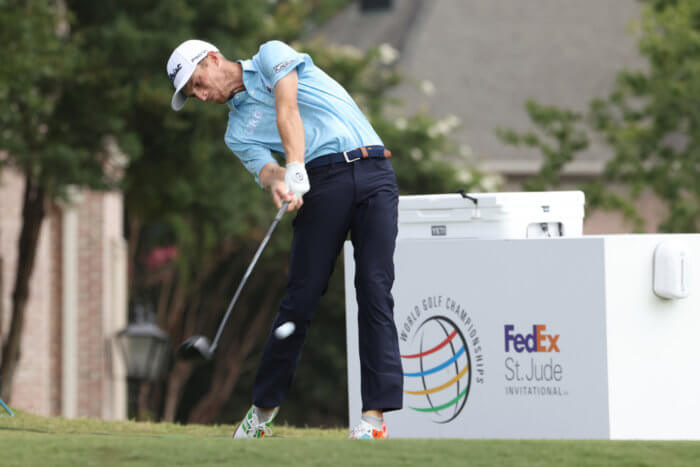