A creative call to action for poll workers in PA 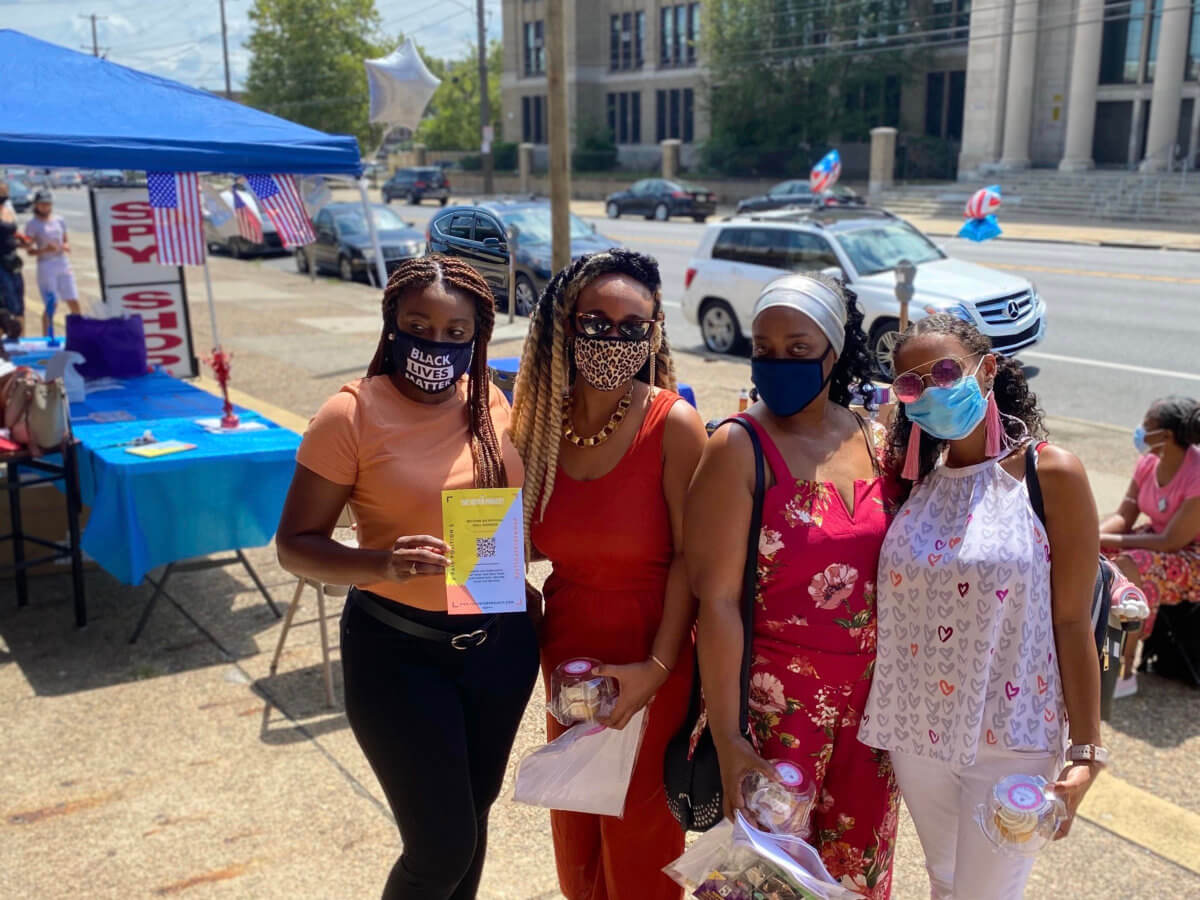 This year marks a election year, and if 2020 wasn’t already eventful enough, once Election Day comes along, the country is certainly going to be filled with voices powered by votes. The United States was built under the idea of a democracy, something we forget sometimes is not the case in other countries. Whether you’re red, blue or any other political color under the sun, voting is part of the USA’s DNA, but recently there has been a dire problem that has come up in regards to polls and poll workers.

This year, there is an unprecedented (yes, another one of those situations) shortage of poll workers. To combat that shortage, The Voter Project has been working hard to help secure a new wave of poll workers and put passionate and informed citizens right on the front lines of the electoral action. The non-partisan organization has been actively seeking community-minded recruits and has even partnered up with another newly opened cultural establishment and creative workspace, REC Philly to help spread the message in a creative way this week.

However, the Voter Project’s mission began on the first of this month, when they teamed up with another organization, Power the Polls, a mass statewide recruitment campaign calling on members to sign up to work the polls before Nov. 3rd. The positions are paid, and, have also been promoted so far through local social media influencers, work by local artists, campus outreach and several virtual town hall meetings featuring  Mayor Kenney of Philadelphia, Representative Summer Lee from Allegheny, Commissioner Omar Sabir from Philadelphia and other elected officials. To continue the message, the virtual concert being used as a promotional tool to raise awareness with REC Philly will take place this week on September 15th from 7 pm to 9 pm.

“REC is proud to support the Power the Polls initiative. In a year like 2020, we know that political engagement is important; especially for young people. Not only does this campaign give us an opportunity to highlight the importance of voting throughout our community, but it also gives us the ability to engage young people with paid opportunities to contribute to the election in a meaningful way. We are hopeful that this campaign will be the entry point to a long-lasting journey of civil engagement for many of our city’s brilliant young minds,” said Will Toms, REC Philly Co-Founder and Chief Creative Executive in a statement.

REC opened its new facility in the new Fashion District last year, and the premier resource center and space for innovative entrepreneurs in Philly has been offering creatives a space to build a linked community and overall much-needed inspiration. It only makes sense for the venue to also take part in this call to action that will impact everyone, and to do so through an artistic avenue. Performers who will be participating in the virtual concert include two Philadelphia-based artists: Andrea Vallé who was also featured on former president Barack Obama’s summer playlist, and Julian King who first hit the spotlight as a 2019 finalist on ‘The Voice.’ The virtual event will be led by Lyonzo, who happens to also be the CEO of GLBL VLLG, a Philadelphia-based interactive entertainment company that celebrates urban wellness and the creative spirit in all people. Those who are interested in checking out the virtual concert this week can head to  RecPhilly.com/PowerThePollsPa to RSVP.

According to statistics listed in the release, an overwhelming percentage of traditional Election Day poll workers are over the age of 60. Many of these poll workers are understandably hesitant to return to polling stations this Election Day due to the ongoing pandemic. So, without younger and more diverse poll workers, our Pennsylvania voters have the potential to have similar long lines, long waits and disenfranchisement seen in state primaries such as Georgia and Kentucky.

“Maintaining safe, in-person voting is critical for communities throughout Pennsylvania,” said Senior Advisor Susan Gobreski in a statement. “Everyone should be able to vote in a safe and convenient way, whether in person or by mail, and we need to recruit thousands of poll workers to fight voter intimidation and assist voters, especially those who have disabilities or need language assistance, at the polls.”

There are a few facts that poll workers should know: Aside from getting paid upwards of $250 for the day, they will generally work from 7 am to 8 pm, and counties throughout the commonwealth train poll workers on Election Day duties. The release also states that a Nationwide goal is set to recruit 250,000 Americans who are interested in signing up to be Election Day workers or volunteers to keep all polling sites safe, readily open, and available for delay-free, in-person voting. All poll workers throughout the state will receive Personal Protective Equipment on Election Day provided by Power the Polls partners. Those interested should go to TheVoterProject.com to learn more and sign up to become a poll worker.