Artist shines a light on ‘Afromythology’ in new photo exhibit 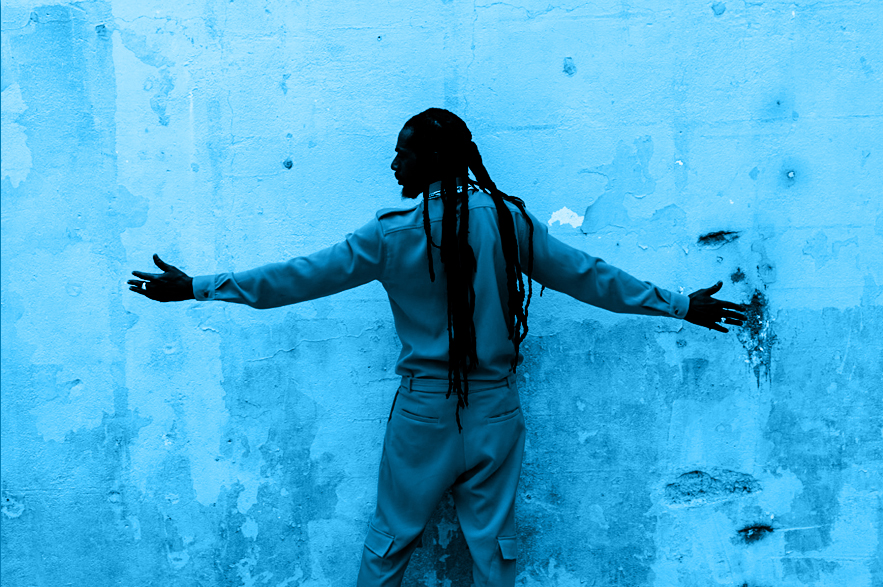 This weekend, Paradigm Studio + Gallery will be presenting a solo exhibition of new photographic work.

The Queens Village art venue’s newest showcase comes from interdisciplinary artist Shawn Theodore and is dubbed an expansion of Theodore’s investigation into a space that he calls ‘Afromythology’, which unites the real and imaginary histories and futures of African Americans.

In ‘Night Stars,’ Philadelphians will get an inside look into the traditions of African indigo making, while also delving into the powers of water and the stars.

The release gives a detailed interpretation of what audiences can expect when immersing themselves into ‘Night Stars’:

“Theodore makes connections, finds linked points and intersections within the past and seeing what is repeated in the current he identifies recurring themes, like spirituality. Spirituality has been passed on from generation to generation, and is something that is ostensibly part of the Black experience, but it is not something you can see or touch; it happens without direct knowledge, just faith. In ‘Night Stars,’ Theodore looks deeper for where instances of faith happen such as in music, quilt making or code switching.

“All of these hold examples of coded language, subversive art and intent and ‘Night Stars’ is constructed from these metaphysical bridges. Bridges like quilts that were used to smuggle secret messages guiding people to freedom, far beyond the maker’s own physical passing. Or the Dogon tribe of West Africa, who were master astronomers. They believed that their ancestors were descendants of a species from the Sirius star system eight and half light years away and to be free meant going back home. Though they were physically limited, their collective celestial knowledge somehow traveled across time and space to other groups of Black people who used it to understand the same set of stars that were used in the same way: to be led to freedom. ‘Afromyth’ sits upon these bridges.”

When entering the exhibition, Philadelphians will lay eyes on statuesque portraits and monuments with a vast backdrop of blue hues and coloring, which is featured in ‘Night Stars’ in a multi-tiered way. The color itself specifically holds significance in African and African American culture to ward off evil, and the artist is aiming to show how that symbolic color and connotation came to be, and if it still holds significance to this very day.

“To create in blue, one must first understand its powerful nature. There has to be a world that exists inside of the color. A spiritual process is happening that is begging us to look inside of it, and somewhere within it are answers,” says Theodore in a statement. “Featured in this collection are portraits made of bejeweled deities in the indigo-hued ether, the fervor of fête revelers, the quiet stillness amongst the dense foliage and haints of Low Country of South Carolina, possession in the Blue Mountains of Jamaica, and sunrise reverence at the edge of the Caribbean Sea. At the center is the viewer, who stands at the bardos of these seemingly disjointed experiences, their presence unifying the real and unreal.”

‘Night Stars’ marks the first exhibition at Paradigm with Theodore, an award-winning photographer. The German native is known for his work, which is said to open conversations regarding the role of the photographer in the shaping of agency and imagery. He is also said to “engage in new forms of storytelling that impact the trajectory of the collective black consciousness.” Theodore has also had his work shown and has participated in exhibitions at various institutions, galleries and fairs, including locally at the Barnes Foundation and the African American Museum in Philadelphia.

The artist’s statement helps sum up the exhibit as a whole, and also where the name came from and what significance it holds.

“‘Night Stars’ is derived from the North Star. Enslaved Africans in the United States used it as a point of reference so they would not get lost. In many ways, African Americans have invested themselves into actual and symbolic landscapes with great significance, gained the means to acquire property, and brought new insight to the interpretation of contemporary, historical, and archaeological sites. ‘Night Stars’ demonstrates how visions of home, past and present, have helped to shape African Americans’ sense of place, often under extremely hostile conditions.”

‘Night Stars’ is open to the public from Feb. 26 through March 20 with an opening event on Friday, Feb. 26 at 5:30 p.m. Due to COVID-19, ‘Night Stars’ will be open for regular weekend hours with limited capacity and is available to view by private appointments during the week until further notice. The digital exhibition twin is available on paradigmarts.org  for viewing from home. To learn more about Shawn Theodore, visit shawntheodo.re