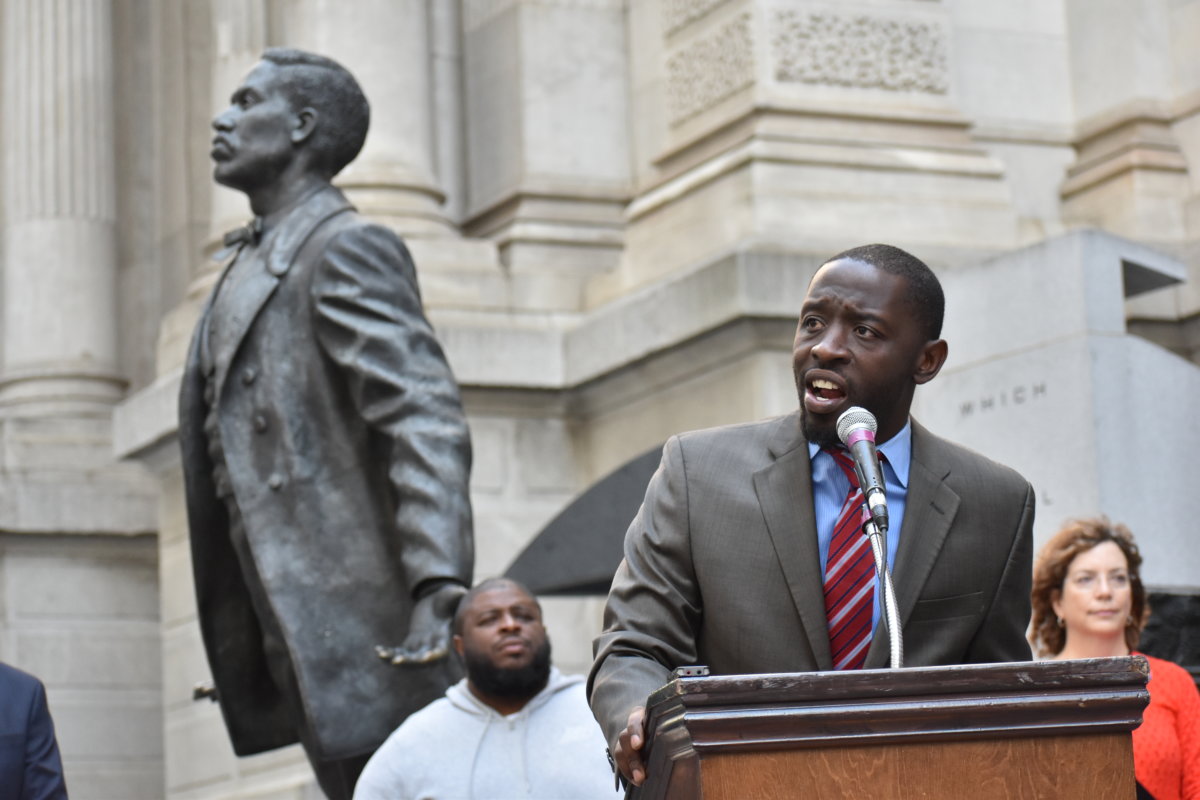 City Councilmember Isaiah Thomas believes he has a plan that will reduce gun violence in Philadelphia before the end of the year.

He released a report Tuesday and a set of 14 recommendations — a mix of policy suggestions and $14 million in additional spending.

“This is all immediate,” Thomas, flanked by several other Council members, told reporters at a news conference outside City Hall. “What we’re focusing on is things that we can do right now.”

The plan calls for allocating $5 million for the installation of security cameras in the zip codes most affected by gunfire. Thomas wants to devote an extra $3 million to victim and witness protection programs.

He is also advocating for a $4 million increase for community clean-up and beautification projects; $2 million for community engagement efforts; and $1 million for enhanced technology for police officers when they show up to court.

These investments, Thomas said, do not have to wait until the next municipal budget cycle, which won’t begin until the spring.

Thomas said he and his staff began attending court hearings for firearm possession cases over the summer after a reporter challenged him to look into the process for himself. The plan is based on those experiences.

“It was alarming when I went over to the courts and I watched some of the things that were taking place,” he told Metro.

In addition to improving the technology, scheduling should be better synched so officers do not miss court appearances, which can lead to cases being dismissed, Thomas added.

“Some of our most experienced prosecutors are specially assigned to gun cases, but unfortunately there appears to be some confusion on the part of the report’s authors about preliminary hearings versus trial rooms,” DA spokesperson Jane Roh told Metro.

Though some have blamed Krasner for the city’s high number of shootings and homicides, Thomas was quick to say no one person or office could be faulted for the crisis.

Kevin Lessard, Kenney’s communications director, said the mayor’s office “appreciates the work of City Councilmembers in developing this report and looks forward to reviewing its findings.”

More than $200 million was devoted to combating violence in the city budget adopted in July, including money to expand intervention programs aimed at reaching those most likely to be a shooter or get shot.

However, only about 17%, or $36 million, of the anti-violence spending is dedicated to programs likely to make a difference in the short-term, according to an analysis by the City Controller’s Office.

Philadelphia reached 400 homicides for the year on Monday, slightly less than at this point in 2021, and more than 1,700 people have been shot, which is on par with last year.

“We’ve made investments before,” said Councilmember Cindy Bass, who spoke at a news conference to support Thomas’s report. “When people have asked me, ‘What else do we need to do?’ I say, ‘We need to invest more.’ Whatever we’re doing, we need to do more of it.”