Charles Mostoller
After the post-Thanksgiving shopping rush, nonprofits and charitable groups will be asking people to focus on supporting charitable causes.
“With everything that happens between Black Friday and Cyber Monday, we spend a lot of time fixated on ourselves. Giving Tuesday is a great way to refocus our energy where it really should be, which is helping out other people,” said Chris Bernholdt, co-organizer of the Philly Dads Meetup.
The Philly Dads will be marking Giving Tuesday by shopping at Target in King of Prussia for children in need of clothes, school supplies and toys, Bernholdt said. The goods will be delivered through the nonprofit Cradles to Crayons.
“It kind of brings us down to earth and gives us an opportunity to maybe cut back on ourselves and give to someone else who is less fortunate,” Bernholdt said.
Many groups around Philadelphia are seeking donations to help fund their work.
Habitat for Humanity Philadelphia has donors that will match up to $15,000 in donations on Giving Tuesday — enough funds to complete a house in South Philadelphia so a family can move in by the holidays, the group says.
The Public Interest Law Center of Philadelphia‘s board of directors has offered to match all donations made on Giving Tuesday up to $5,000.
A former board member of Community Legal Services is matching donations made on Giving Tuesday up to $1,000.
The Mayor’s Commission on Literacy is seeking donations help fund their myPlace campuses — where adult learners can test their literacy.
The Philadelphia Horticultural Society (PHS) is seeking donations, and votes from the public on where their next pop-up garden should be.
“Especially for this generation, they don’t just want to push a button and donate money – they want to be involved in the causes they contribute to,” said PHS spokesman Alan Jaffe.
Will people give?
Fewer Philly groups are involved in “Giving Tuesday” this year than in 2013. Last year, an entire Giving Tuesday Philadelphia organization publicized the holiday, but it has since withered away.
“I think it’s a really interesting idea, but I would be interested to see how successful it is over the next couple of years,” said Temple University law and tax professor Kathy Mandelbaum, an expert in charitable giving.
While it’s a good cause, the holiday season is already crowded, Mandelbaum said.
“Even if all it does is accelerate end-of-the-year giving, that’s a good a thing,” she said. “This is getting people to focus on charities four weeks earlier.”
But others said Giving Tuesday deserves more attention.
“Giving Tuesday is a beautiful idea that speaks to the spirit of the season,” said University of Pennsylvania professor Marybeth Gasman, who is an expert in philanthropy. “It is a nice counter to the mass consumerism that takes place a few days beforehand. Giving to local nonprofits is key to bolstering and uplifting society.”
To find more local groups that are participating in Giving Tuesday, visit generocity.org/givingtuesday or check the #givingtuesdayphlhashtag on Twitter. 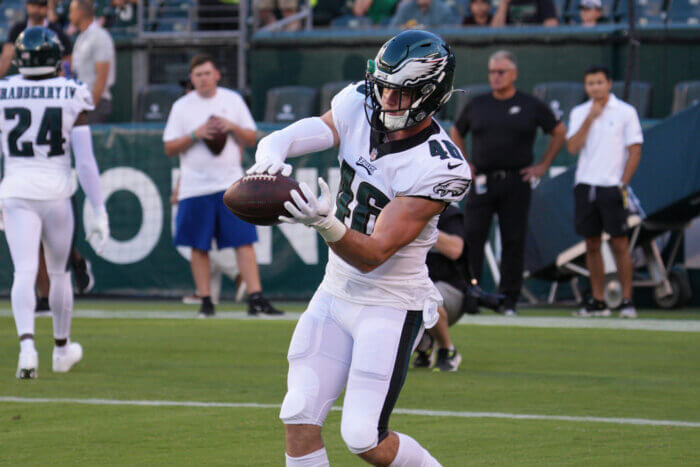