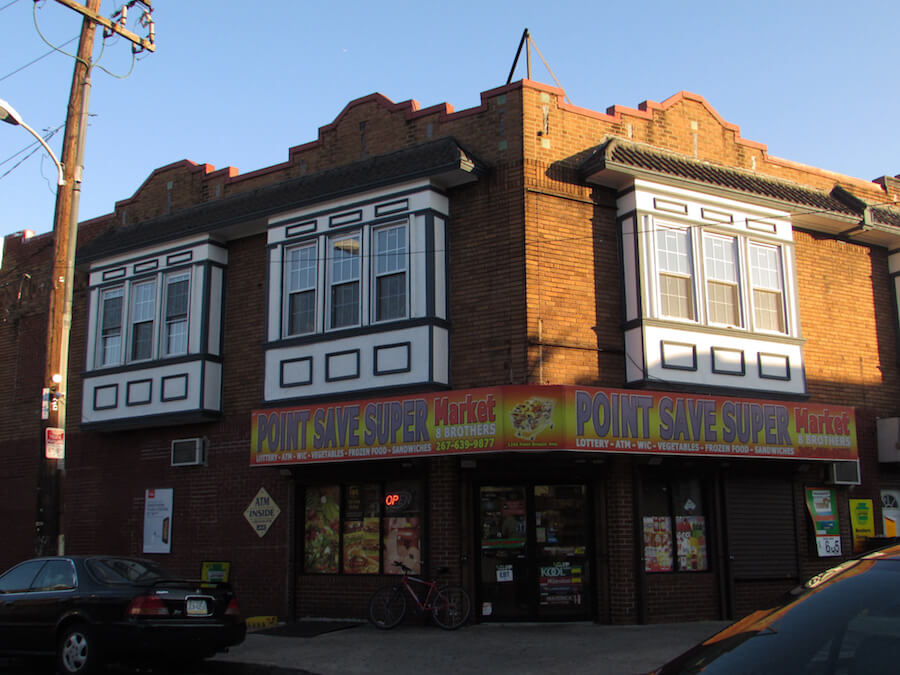 The man who has been dubbed the “face of gentrification” stood before a testy crowd inside Mt Zion Pentecostal Church and presented his latest plan for their neighborhood.

Residents peppered him with questions. A few shouted. Questions spun into complaints.

Developer Ori Feibush has heard it all before. He’s accustomed to clashing with residents and neighborhood organizations over design and zoning issues.

Prior to his previous meeting with residents to discuss the project, a flyer circulated in the neighborhood urging people to “show Ori he can’t bully Point Breeze.”

On Monday, he and architect Ian Toner came to the church in Point Breeze to discuss their plans for for the two-story building across the street, current home to the Point Save Super Market. The building, which has vacant residential space on the top floor, “has outlived its use,” he told the crowd.

Feibush and Toner envision a four-story structure that would feature a dozen apartments. Each would have about 500 square feet of living space and rent for $800 to $1,000 per month.

“This is not the most financially lucrative option for the developer, but it’s also not the worst,” Feibush said.

The city’s Zoning Board of Adjustment rejected the original plan for the project, saying 15 studio apartments were too many and that the blueprints lacked the required bike parking or storage.

The revised plan has fewer apartments and includes a bike storage room for residents. The rejected plan had 15 studio apartments.

Still, some residents weren’t happy that the project hasn’t’ been designed to accommodate families. One resident asked whether the project would create local construction jobs and not handled by an outside contractor.

In order to add the residential space, two additional floors would be added to the building while still preserving the character of the existing building, Toner said.

But a few neighbors of the potential new building said they don’t want another “glass box” on Point Breeze Avenue.

“My concern with this project is that [Feibush] will put what he wants and not what the community wants,” said neighbor Theresa McCormick.

The revised plan for the building, which is owned by Feibush, must still win the approval of the Zoning Board of Adjustment.

Feibush acknowledged that he takes a beating at every meeting and that this is all part of the process to build something new in Point Breeze.

“There has not been a single developer that has ever come to the neighborhood and built a mixed-use development,” he said.