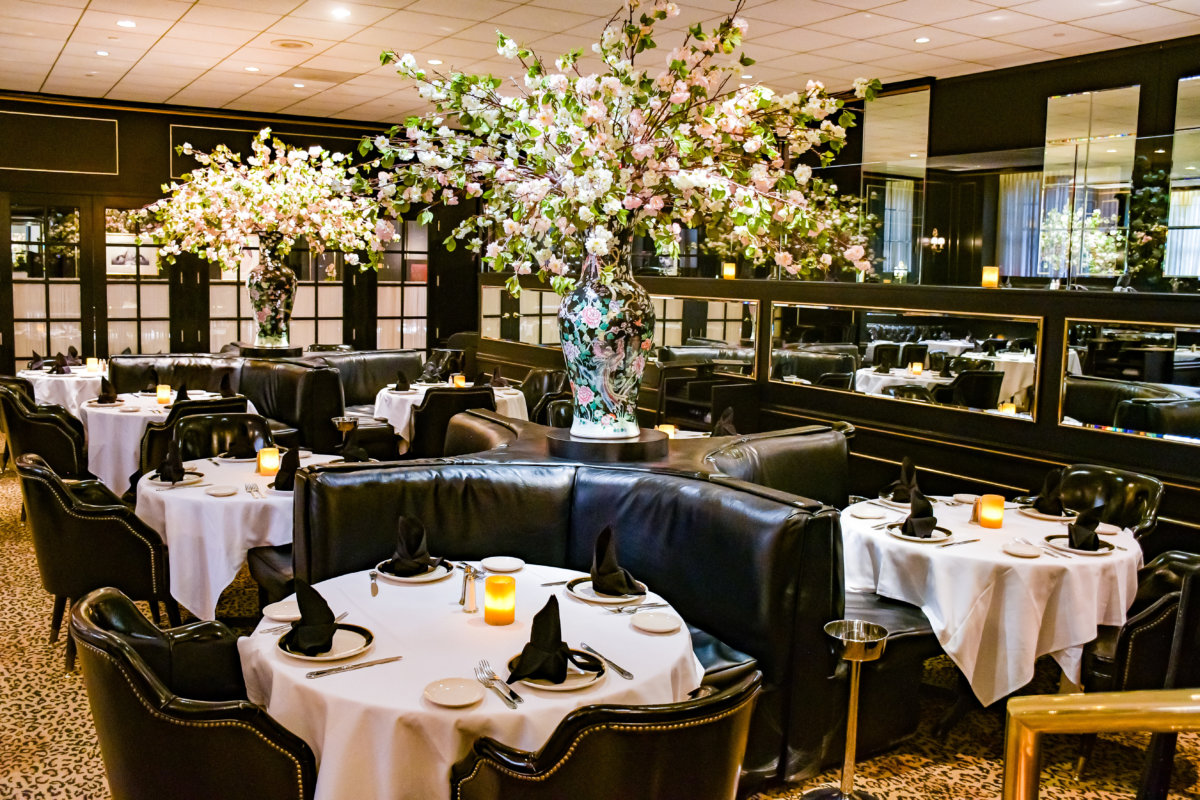 There are some dining experiences that you try because of the food, and some because of the atmosphere. Luckily, Rittenhouse Grill has set the stage with its menu and its vibe, mixing both aspects together wonderfully for an unexpected steakhouse experience.

The venue is nestled on the first floor of the Warwick Rittenhouse Square Hotel (though it’s not affiliated), and some may remember the space as the Prime Rib Philadelphia. However, Rittenhouse Grill has made a name for itself on its own, as an award-winning venue serving anywhere from celebrities, athletes, and of course, those with an affinity for delicious food just looking for a great time.

The latter is where most of us fall, but while here, you feel like you’re someone worth impressing — because that’s what they do.

Walking into the Rittenhouse Grill feels familiar at first. A great steakhouse normally resembles a swanky supper club, and this spot is no different. However, you will notice some unique touches from the cheetah print carpet to the extra suave and comfortable armchair seats and a few delights in between.

In recent times, the space has been working on some renovations to keep the venue fresh, but the bones of its many years of service remain in its timeless atmosphere. It’s comfortable, modern, and yet classy and an ode to the space’s reputation.

That could be because most of the staff who have been working there have been there from the beginning. For one, Garth Weldon, the long-time owner of the Rittenhouse Grill, started as a busboy in the restaurant industry, working for the Prime Rib chain in their D.C. location. He was then promoted from waiter to captain to maître d’, and when the Prime Rib sought to expand their brand to Philadelphia, Weldon knew he was the right person for the job, according to a news release.

Weldon then linked up with C. Peter “Buzz” Beler, the founder of the chain to open up the Center City venue in Rittenhouse. The duo took over the space — which at the time was Club Elon — and put in the work and the money ($2 million to be exact) to bring this new steakhouse to life.

The rebrand to the Rittenhouse Grill came in 2020 after the passing of Beler. As the release also states, the chain and Weldon parted ways but he retained the restaurant location, staff, and chef and rebranded as Rittenhouse Grill. So, much of the 35-person staff has been employed for over a decade, with Executive Chef Eddy Castillo overseeing the menu and kitchen since 2009.

The Rittenhouse Grill specializes in one particular dish — the roast prime rib, offered in two sizes: The signature “Rittenhouse” cut and a bone-in double cut — but the taste doesn’t stop there. The space also offers fresh seafood with tuna tartare and jumbo lump crab cakes topping the list of must-trys, though the hot and cold seafood tower and Brazilian lobster tail also are standouts from this side of the offerings.

Steak-wise, this venue offers USDA Prime Angus cuts of beef, including a ribeye, prime rack of lamb, and the “Rittenhouse” chicken. The dishes stand out in taste because of their quality and the way they are prepared, with no frills needed. However, there are some additions that can give that extra zest in the form of blue cheese sauce, au poivre sauce or even some succulent sides (think fresh corn off the cob, mushrooms, brussel sprouts and a smattering of different ways to enjoy potatoes).

The Rittenhouse Grill also recently introduced Iberico pork chops, also known as the “Wagyu of pork,” and are currently one of the only restaurants in the city serving this particular delicacy. The hotspot also offers numerous menu items for vegetarians, including roasted tomato soup, shishito peppers, and a roasted beet salad.

The bar area itself (which seats about 30 people) also has its own special section of the menu boasting a prime rib sandwich, classic burger, crab cake sandwich, Kobe franks in a blanket, potato skins and four entrée salads — just to name a few options. And to end things on a sweet note no matter where you sit, Philadelphians have their choice of a few different indulgent options spanning key lime pie, cheesecake, a hot fudge sundae, mudd pie and much more.

Libations also take on a personality of their own with a full bar, cocktail list and local brews such as the Yards Pale Ale and Victory Hop Ale. Guests can enjoy happy hour Wednesday through Friday and Sunday from 4:30 to 6:30 p.m. to receive discounts on select food and cocktails.

For patrons looking to host events or share an evening with friends or family celebrating a special occasion in a more intimate setting, three private rooms at Rittenhouse Grill offer various layouts and customizable menu packages as well. The private rooms can accommodate groups as small as 10 and larger gatherings of 60. Rittenhouse Grill is also available for a full restaurant buyout for groups over 100.

But overall, whatever you’re looking for in terms of food, drinks or atmosphere, you’ll feel just a little more special when done dining here. It’s what made the staff stay, and likely what will keep diners coming back for more.