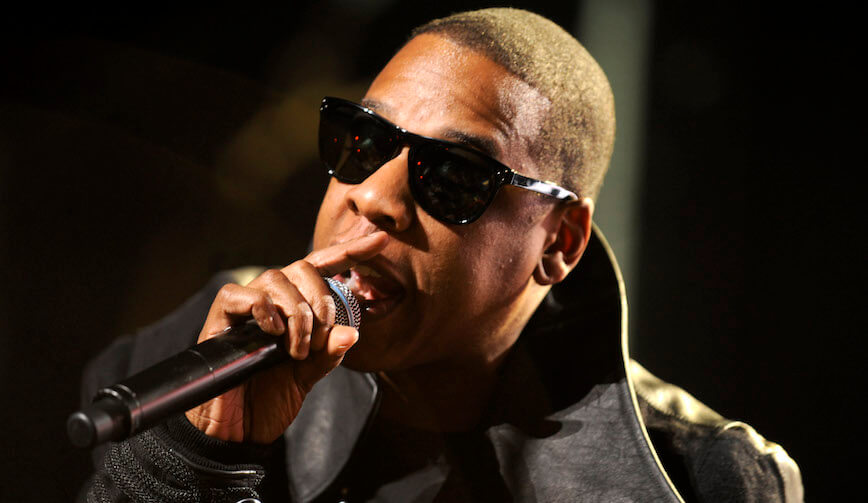 Jay-Z’s Made in America hits the stage this weekend.
Getty Images

Philadelphia has been buzzing with plenty of celebrity sightings as of late. First up, theater-goers downtown were thrilled to have a sighting of actor-director Angelina Jolie and daughter Vivienne Jolie-Pitt backstage at the Forrest Theater during the August run of “Dear Evan Hansen.”

And while director-producer M. Night Shyamalan’s cast and crew have finished shooting the fourth and final season of Apple TV’s ‘The Servant’ in-and-around the Fitler Square and Spruce Street area, they didn’t leave without a kind farewell. They offered area residents the opportunity to “grab dinner and dessert on us, at PaperMill Foods, The Munchy Machine and Mr. Softee” food trucks who hung along Fitler Square Park on S. 23rd. “Our sincerest thank you for hosting our production for the past four years” read the note from Night’s production team.

Netflix’s ‘Stranger Things’ star Noah Schnapp (Will Byers) was spotted moving into the dorms at the University of Pennsylvania, where he will study business.

This month, Jose Garces is announcing still-secret dining-and-drinking spaces within the Comcast Center, a rejuvenated Garces Trading Company at the Cira Centre near 30th Street Station, and the second season of his Chefs-in-Residence diversity program at Volver starting with BBQ boss Big Rube. When it comes to Wells Fargo, another Philly-branded restauranteur is adding his moniker next to that of Garces and Starr: Chef-owner Marc Vetri whose baseball-themed MVP Pizza mixes Roman and Neapolitan pie stylings.

Lady Gaga’s “Chromatica Ball” stadium show at Hersheypark Stadium in upstate PA was the highest grossing show in the venue’s history, a record held previously by The Rolling Stones in 2005.

The three best rumors about this weekend’s Made in America? That Beyonce is stopping by her husband Jay-Z’s festival for a song. That one-time U of P student John Legend may pop up and do a brief showcase in anticipation of his Republic label debut, LEGEND, and that Hova’s one-time RocNation client, Philly’s Meek Mill – who just left Jay-Z’s managership – may return to rap and prove there are no hard feelings.

So what has Stuccio been up to in order to release the stress necessary to run a nearly 18-hour-a-day month-long festival?

“We had a terrific summer vacation with the kids highlighted by a really fun canoe trip on the beautiful Upper Delaware River,” says Stuccio. “This summer, too, I’ve been way into 1970s Nigerian Afrobeat, I absolutely love this song, “Happy Survival,” by Eddie Okwedy, as I am always on a quest for great 70’s soul music.”

Stuccio adds, “There is a lot of change happening in family with our kids for the most part gone and also at Fringe with our awesome building in desperate need of improvements. But change means construction renovation, which I totally and completely love. Our house is about to look like an episode of This Old House, except I’ll be playing master carpenter Norm, very badly. My wife, Annie, and I are going to miss the kids but hello bigger bathroom. And we are in deep planning for a makeover at FringeArts — look for a cool, updated place in the near future.”