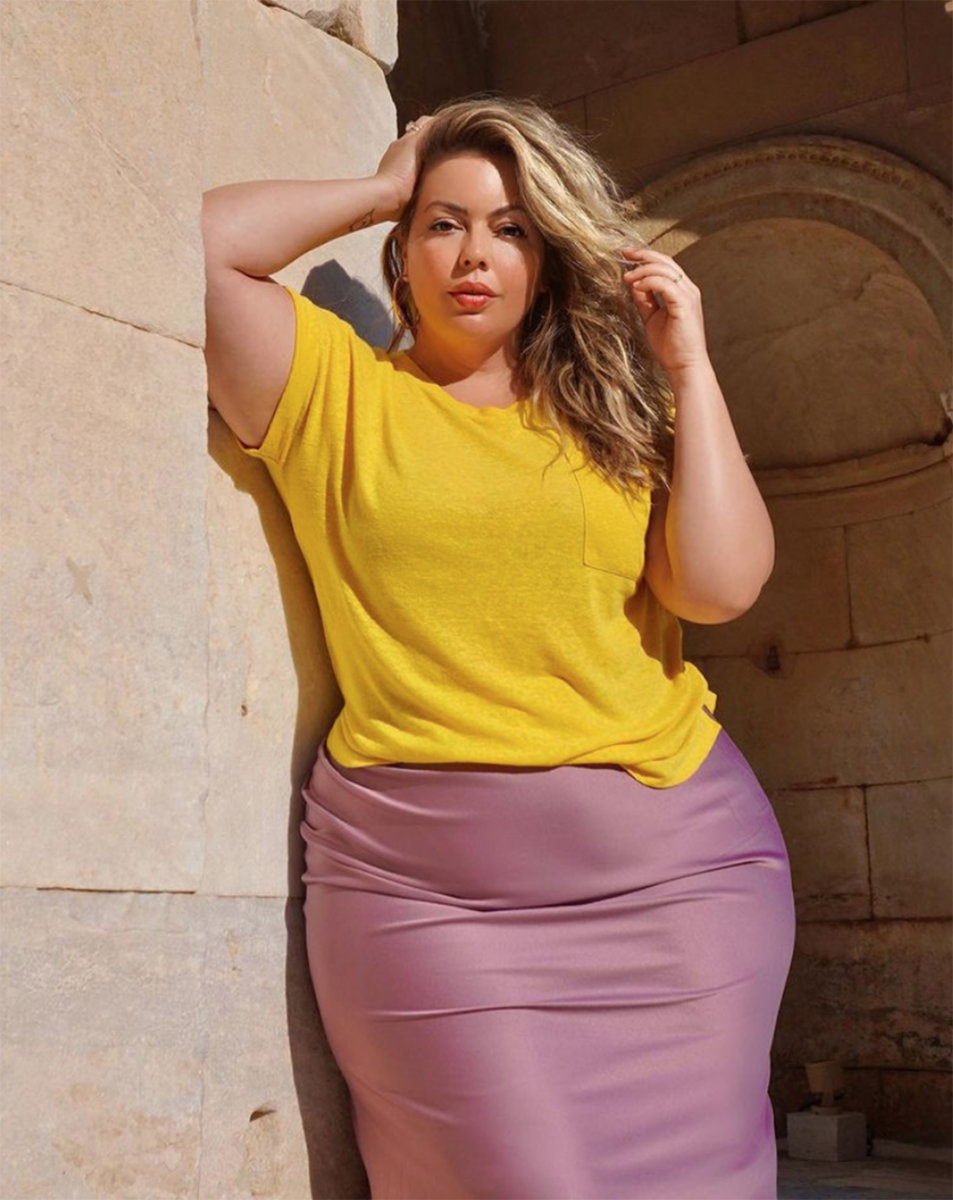 She has over 400k followers on Instagram and is known as the “plus-size Gisele Bündchen.” But beyond an introductory name, the Brazilian Fluvia Lacerda is one of the models from Latin America, who has conquered Vogue Italy and appeared on cover of Playboy in her country. In addition to her extensive career with various international brands, she is the author of a book called “Fat Is Not A Bad Word.”

She also participates in E! Entertainment’s program called ‘Beauty XL,’ which premieres Jan. 14. In the form of a reality documentary, it follows her experiences as well as those of Mayara Russi and Nahuane Drumond, to show how the plus-size industry has grown and the challenges it faces in order to address and confront its representation in a world that is hostile even to what is not considered “normal.”

Metro spoke with the model about her participation in the second season of the program that reached more than 49.5 million homes in Latin America alone.

Tell us about your work of normalizing plus-size beauty in Brazil. What problems do you still face?

In 2007, I decided to take my career to Brazil because I realized the lack of a fashion industry focused on plus-size women in my country. At that time, there were very few brands and I invested a lot in research to talk about this lack in all aspects of the media so that the topic would spread. Much of what I planted over a decade ago is bearing fruit today. But we still have a long way to go to grow this niche.

How did the opportunity to become a plus-sized model come about and how did you stand out in the international fashion industry?

A fashion editor discovered me on a bus in New York in 2003. Opportunities arose and I developed a combination of things that became what I call a “complete package” that led me to success. Business acumen, photogenics, agility and a broader vision of the fashion industry, dedication and a lot of seriousness in carrying out my career are among several other aspects that I consider important to succeed as a plus-size model.

Tell us about ‘Beauty XL’?

The producer who owns the project offered me to participate. I have always made it clear that I was not an actress and had no desire to expose my personal life or complicate my livelihood by putting film equipment into my daily work. But little by little, I understood that it was possible to share what I wanted to expose and that it would be important to show the professional side at an international level so that the public would understand that there is seriousness and respect and a lot of professionalism in what I do. With time I began to like it and to perceive it as something very valuable in the process of liberating stereotypes in the minds of many women.

How do you feel when you see that diversity receives an important space on television?

Relieved! It is not yet at the level it should be, but we are making great strides with programs like ‘Beauty XL’ thanks to E! Entertainment’s ability to develop an original production like this one that promotes inclusion, diversity and women’s empowerment.

What do you hope and want to transmit with this program?

A new horizon for women. A broader and freer parameter for them to understand more clearly how much they are trapped by the conditioning of society’s limited prejudices and that the time has come to break free from each of them.

Many of your colleagues like Tess Holliday are constantly criticized and harassed for supposedly ‘defending obesity.’ What do you think about this?

We reflect who we are on the inside. All of these attacks and harassment speak volumes about people’s state of mind in the face of realities that echo to bring out their shadows. There are always those who need to “justify” or camouflage their hatreds with excuses that hurt less like an attack. This is a super successful strategy, we already know it. The process of reversing much of the negative is very complicated. Unfortunately, there is no way to escape these horrendous effects. It is horrible for anyone’s mental health, but little by little, with many figures of strength and perseverance, we are dismantling this pitiful and suffocating configuration.

What does it take today to be a plus-sized model?

In Brazil, professionalism and guidance from renowned agencies. In addition, you have to be tough-skinned to face criticism and harassment. And resilience to deal with the valid. Today it is easy to fall into the traps of desperation. Many girls think that ‘Likes’ on social media are a guarantee of a serious and solid career and get lost in the direction of their search.

In your opinion, why is the world still reticent about a beauty that is so normal?

Normalizing things in the mainstream media that were not normal is a long and arduous process. We still have a bubble of hypocrisy and resistance within the fashion world that vetoes this liberation. But this process is inevitable and fateful.

How does the series help to normalize our bodies?

‘Beauty XL’ will demonstrate the success, power and intelligence of women who did not succumb to imposed regulations and proved that they can win beyond what we were led to believe we could.