Trump hints at 2024 run, Biden to meet with workers hit by pandemic 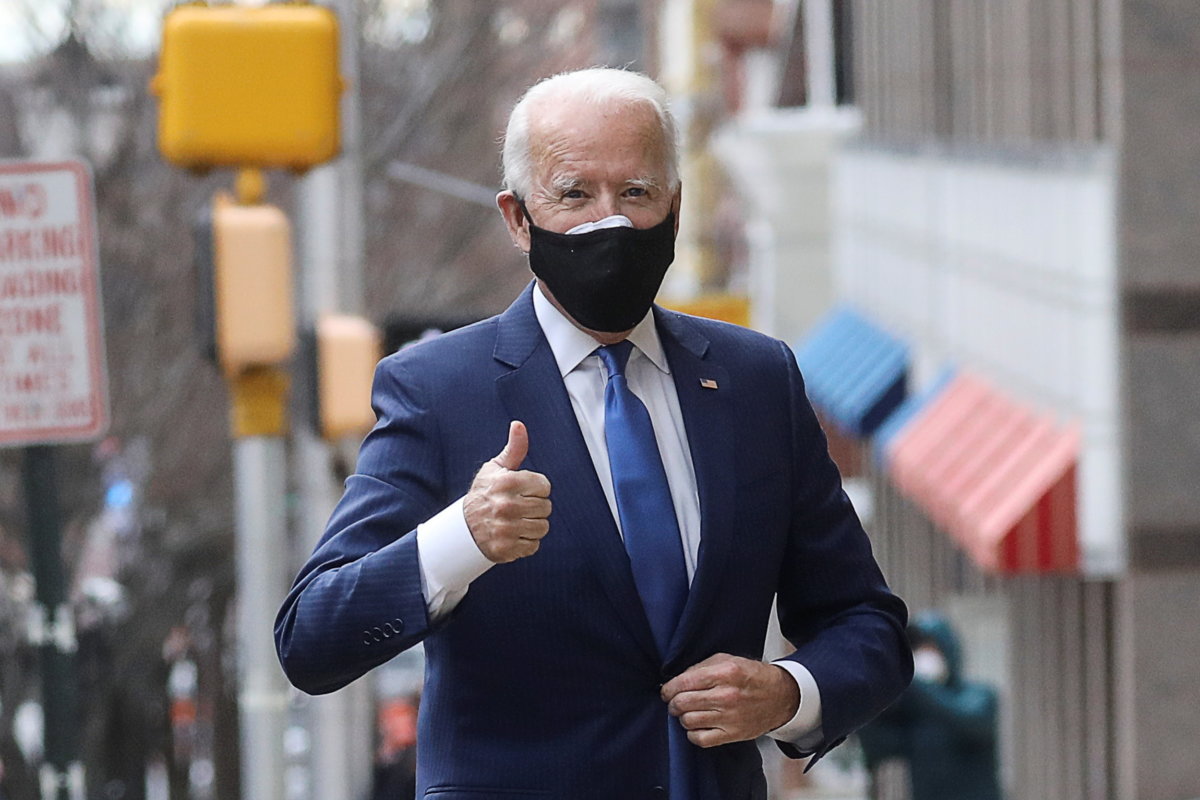 President-elect Joe Biden has signaled support for cancelling up to $10,000 worth of student debt for borrowers.
REUTERS/Leah Millis

By Steve Holland and Jarrett Renshaw

Donald Trump hinted he may be ready to move on to planning another run for the U.S. presidency in 2024 as President-elect Joe Biden prepared on Wednesday to confront the raging pandemic that will likely be his first major challenge in office.

Biden, who has promised to act quickly to provide more resources to fight the health crisis after he is inaugurated on Jan. 20, was scheduled to talk with workers and business owners about how the coronavirus has affected them.

President Trump has refused to concede, however, and his lawyers continue to file legal challenges to the outcome of the Nov. 3 election, alleging electoral fraud without providing evidence. State and federal election officials have repeatedly said there is no such evidence.

At a White House holiday reception on Tuesday night, Trump appeared to acknowledge that those efforts could fail, and in that case he would run again.

“We are trying to do another four years,” he told the assembled group, according to a Republican source who was at the event. “Otherwise, I’ll see you in four years.”

On Tuesday, Attorney General William Barr, who has long been seen as a Trump ally, said the Justice Department has also found no evidence of widespread fraud.

Trump’s claims have gained traction among his followers, however, helping to raise as much as $170 million for an “Election Defense Fund” that can be used for a wide variety of future political activities, including another run for the presidency, according to news media reports.

“Even after this office request that President Trump try and quell the violent rhetoric being born out of his continuing claims of winning the states where he obviously lost, he tweeted out ‘expose the massive voter fraud in Georgia,'” he said.

“This is exactly the kind of language that is at the base of a growing threat environment for election workers who are simply doing their jobs.”

MOVING AHEAD WITH TRANSITION

Biden has already selected many of his top national security and economic advisers, though it is unclear how many will win confirmation in a closely divided Senate, control of which will be determined by a pair of January runoff elections in Georgia.

On Wednesday, Biden and Vice President-elect Kamala Harris will receive national security briefings from government officials, after a delay of several weeks.

Biden told the New York Times in an interview on Tuesday evening that he would try to help resolve a months-long standoff in Congress between Republicans and Democrats over a stimulus package for businesses affected by coronavirus shutdowns as well as the millions who have lost jobs.

More than 270,000 Americans have died of COVID-19, which is resurgent around the country. The United States leads the world in the number of infections as well as the number of deaths reported every day.

“You have over 10 million people out there who are worried (how) they can pay their next mortgage payment,” Biden said in the interview, and “you have a significantly higher number of people who have no ability to pay their rent.”

Failure on the issue could have political consequences for Republicans, Biden told the newspaper.

“When you have cops and firefighters and first responders across the board being laid off, when you’re not getting the kind of distribution of vaccines out to rural America, it has to have some consequences,” he was quoted as saying.