Betty Francis, class of ‘50-something 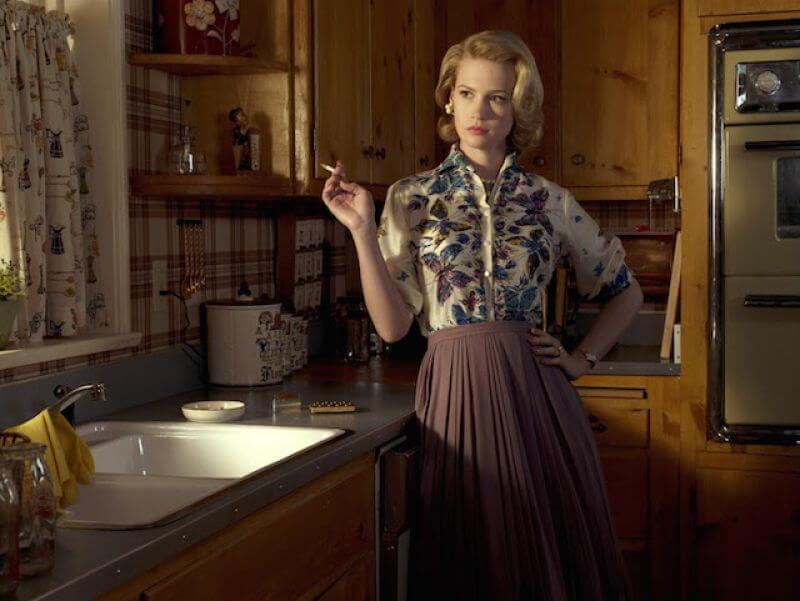 Metro guest editor Matthew Weinerlent his brain to Metro for the April 24 paper. As part of the Mad Men-themed issue, we asked a current Bryn Mawr student, Rachel Bruce ’18, for herperspective on the character of Betty Draper, who’s past includes graduatingfrom the elite college in suburban Philadelphia.

Bryn Mawr College, located in suburban Philadelphia, has been educating generations of women* since 1885. A member of the Seven Sisters consortium, all-women’s colleges established as counterparts to Ivy League universities, Bryn Mawr has had the distinct honor of graduating several trailblazers: Katharine Hepburn ’28, Marianne Moore ’09, and… Betty Draper?

Yes, the fictional and even infamous housewife is a proud graduate of Bryn Mawr College. She boasts about this in the pilot episode of Mad Men, a television show that transports audiences back to the turbulent 1960s for an hour each week.

Betty Francis – formally Draper – is strong, there is no doubt about that, but does she represent the quintessential Bryn Mawr woman?

According to the show, Elizabeth Hofstadt was born in 1932, meaning that she would have graduated from Bryn Mawr sometime in the early to mid-1950s with a degree in anthropology before beginning her modeling career in Italy.

Bryn Mawr students often show great pride in associating themselves and their institution with alumnae. We spoke with current students to find out just how they feel about this particular fictional alum.

“I have mixed feelings about her,” says a first-year Bryn Mawr student who chose to remain unnamed. “I applaud her for being a strong woman…she doesn’t take Don Draper’s [shenanigans] and she’s known to embody the stereotypic ideas about strong, but kind of crazy and mysterious, ‘but totally hot’ women… but I feel she doesn’t represent Bryn Mawr students, or at least the current ones.”

The student continued, “We are rational, smart women. I actually feel Peggy Olsen is a better fit as a Bryn Mawr student than Betty Draper.”

“It’s actually super hard to talk about Betty Draper and accept the fact that she’s supposed to be a BMC alum,” said Carissa Yao ‘17, another current Bryn Mawr student. “To be honest, I really don’t like her as a person.”

First-year student Rose Kooper-Jonhson feels differently about Francis. “She is not satisfied to be stuck at home as a mom. She’s talking about going back to school this season; she’s seeking to continue learning even later in her life-she has an understanding that learning is life-long and valuable… she’s definitely the kind of woman that would be attracted to 1960’s feminism, reading ‘The Feminine Mystique,’ which was aimed at women like her.”

In analyzing Francis’ character, it is essential to understand the type of world she lived and was educated in. The 1950s and 1960s served as a “drought” for women. After being praised for their efforts during the Second World War, women were expected to return home to what was considered to be normal – a husband, 2.5 children, etc.It can be said that Francis is a victim of this type of subtle oppression. Many of these women, like Francis, found “second lives”, as Rebecca Tuite, author of Seven Sisters Style puts it.

“She represents the struggle a lot of women faced at the time when they ‘had it all’ – the house, the kids, the husband – but didn’t feel satisfied or happy,” says Kooper-Johnson. “She’s turned into kind of a villain.”

* Bryn Mawr is a historically all-women’s college, however not all students who attend the College identify as cis-gender.