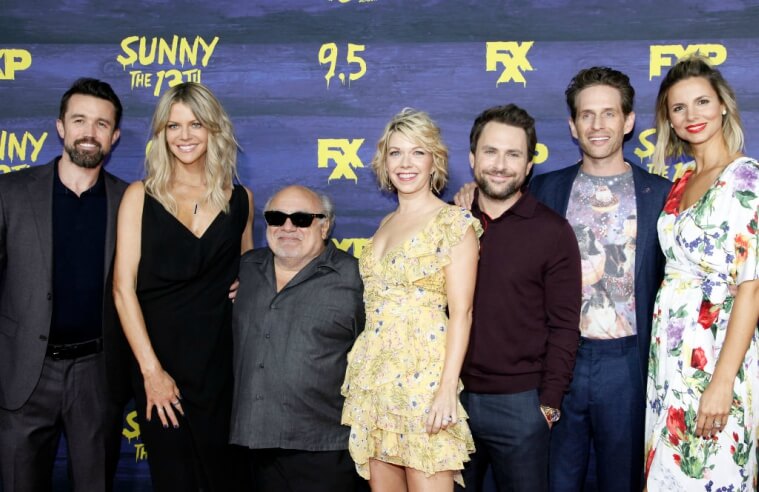 It’s Always Sunny in Philadelphia, the beloved comedy about the most selfish/hilarious group of people owning a bar in South Philadelphia has been a hit for years for a reason. Rob Mcelhenny or Mac on the show grew up in Philadelphia and knows the city’s ins and outs. The show may be fictional, but it does take place in a lot of prime Philly locations. Although there are a lot of scenes filmed in Los Angeles, there are always sneak peeks of the City of Brotherly Love in at least a few episodes each season.

The field is showcased in the opening credits of the show and also made an appearance when the gang tried out to be on the Philadelphia Eagles.

The gang’s World Series Defense episode on It’s Always Sunny in Philadelphia showcases the home of the Phillies throughout the whole show. Although they are in the parking lot the entire time, you can catch glimpses of the stadium, especially the scene where Charlie throws Dennis into a car. After Dennis and Dee discover their biological father (not frank) lives in Philly, they pay him a visit at his office, and it’s located on 21st street by the 300 block close to Rittenhouse Square. It is a private property so you might not be able to meet Bruce.

Another location clearly distinguishable in the opening credits.

Not only in the Benjamin Franklin bridge in the opening credits scenes but it also makes sneak peeks in episodes throughout all twelve seasons so far.

People who don’t live in Philly may think that the night-time shot of the lit up row of houses along the water is just holiday lights. Philadelphians know that those houses are actually boathouses, and the pretty lights make up the historic Boathouse Row along the Schuylkill River.

The popular bar and restaurant made an appearance when Dee aka Desert Rose sends Artemis to meet with her Solider penpal.

The pharmacy is the location where Dennis implements his D.E.N.N.I.S. system.

Farmica masqueraded as a swanky gin bar in the episode where the gang gets shushed. You can check out the bar and eatery and pray there isn’t a rude man who shushes.

The Historical Society of Pennsylvania is featured in the episode of It’s Always Sunny in Philadelphia where the gang tries to declare Paddy’s Pub a historical site for its role in the American Revolution.

Swan fountain makes an appearance in the series when Dee throws change into it. Then when Charlie tries to steal the change. Then when Frank pees in it. Dee makes her big break aka The Gang Breaks Dee at this popular comedy spot located in Center City.

The famous spot in the city makes a few appearances throughout the series including when Charlie finds out what a pear is.

You can see the bridge as a backdrop in the Mac Day episode.

Suds aka the fishbowl drinking award-winning bar is actually located in the Fairmount area of the city. Alla Spina just recently closed their doors after five years.