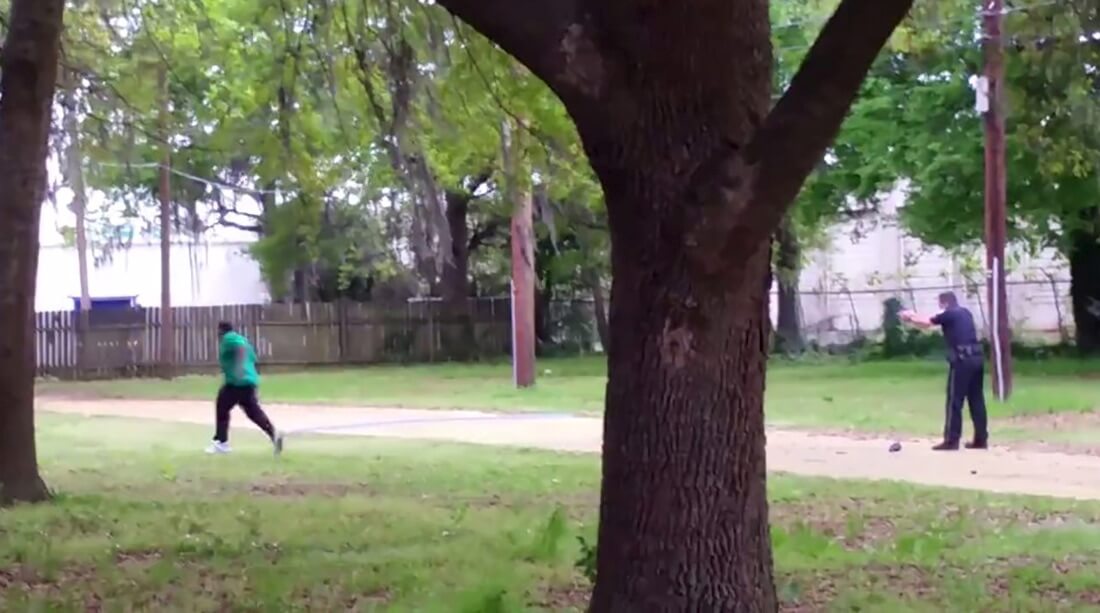 Before you schlepped to work, a cop was charged for murdering a black man, while black councilmen were elected in Ferguson.

Chicago stuck with its mayor, while a North Korean urged political change through comedy.

A killer cop was charged

A white South Carolina officer was booked for murder after being caught on video shooting a black man in the back as he fled from a dispute over a traffic fine. Demonstrations are planned for today.

READ MORE: South Carolina cop charged with murder for shooting man in back

Unbelievably, the mostly African-American city has only ever had two black councilmen since it was founded in 1894. Now it has three, after the first elections since the killing of unarmed teen Michael Brown.

Chicago stuck with its mayor

After a close-run race, Chicago Mayor Rahm Emanuel was re-elected. He faces a city dogged with crippling debts and a violent crime epidemic. Yikes.

North Koreans got to see ‘The Interview’

A defector from the dictatorship, based in South Korea, has been sending copies of the comedy which Pyongyang declared “a wanton act of terror” over the border by balloon. Whether the provocative movie will convince or confuse North Koreans is another matter.

Kanye West apologized for a paparazzo-bashing

One of the most photography-courting celebrities in the world, West also forked out an undisclosed sum in a settlement with a photographer who he wrestled to the ground at L.A. International Airport.